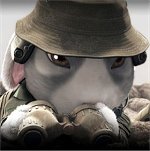 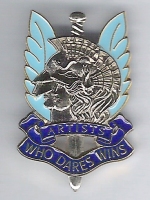 The National Rifle Association of Norway was instituted by the Parliament in 1893, and consists today of 900 rifleclubs with 160 000 active shooters. The Constitution was, and has since been, as follows:"The National Rifle Association's goal is to promote marksmanship throughout the Norwegian population and thus prepare the population for National Defence".
The organization receives support from the Government for its activities through the annual Defence Budget. DFS and the Rifle Clubs cooperate closely with the Home Guard regarding training of marksmen and education of instructors. The organisation arranges every year a national competition gathering about 5000 competitors. The Armed Forces play a vital support function in this annual event. Competitions are normally conducted with big-bore rifles calibre 6,5 or 7,62 mm. In the summer season the competitions are performed on rifle ranges at distances from 100 metres up to 300 metres, while during the winter season competitions are organized outdoors on targets from 100 up to 600 metres.
The National Rifle Association is also conducting a widespread recruiting effort to engage new members into its organization. About 20 000 of its members are between 12 and 18 year of age.The clubs are also heavily engaged in the training of hunters to become better marksmen. About 70 000 hunters pass the compulsory annual test, organized by the National Rifle Association Clubs, before they are licensed to hunt big game like Moose, Reindeer and Deer.