[quote=tman300wm]After waiting for years for someone to make an after market DBM system for the Savage Accu-Trigger 10FP, Ed Begg at VBull Precision finaly did it. The VBull DBM for the Savage Model 10 rifles takes the AI mag (great for me as I have a GAP 260 with the Badger/AI DBM). I elected to use the VBull DBM not because it was first on the market, but because after researching I found that VBull had a stellar reputation for making a solid and reliable product. I chose to go with Kevin Rayhill at Stockade Riflestocks for all of the in-letting, barrel, and action work after talking with him on the phone and via email and also after several recommendations from "Hide members".


The rifle was originally chambered in .308 Win and was a shooter from the day I took it out of the box back in 2004. Immediately after purchasing the rifle I sent it to SSS and had one of Stockades Prairie Dog/Tactical stocks installed with a truing/timing job, recoil lug, bedding, and re-crown of the muzzle. Around January of this year the groups started to open up, probably due to the fact that the barrel had about 6000 rounds through it. I decided I would re-barrel,chamber in .260 Rem, and try to find a DBM system. That's when I started talking to Ed Begg and Kevin Rayhill. I let them know that I wanted a DBM system for my Savage 10FP. Arround March of this year Ed at VBull contacted me to let me know that he was getting close to having a prototype for his Savage DBM and that when he was done testing it for reliability and function he would offer it up for sale.


About 3 weeks ago my DBM arrived from VBull and I immediately sent it to Kevin Rayhill at Stockade Gunstocks for in-letting. The reason that it took a while to get to me was because Ed wanted to test it extensively before he sent it out the door. Kevin was putting a new barrel on my Savage 10FP, and doing some other work to the rifle at the time so it all worked out quite well. Kevin did a great job of installing the barrel, break, truing and timing the action, and in-letting and timing the DBM system. He then promptly shipped the rifle back to me so that I would get a chance to shoot it before I had to go back to work (I work over seas and don't get back to the states to shoot all that often).

Here are some pics of the rifle and DBM system:

[Vous devez être inscrit et connecté pour voir cette image]
This is the completed rifle. Kevin installed a Benchmark barrel, muzzle break, and recoil pad. Follow through and spotting your hits is no problem thanks to the pad and brake.

[Vous devez être inscrit et connecté pour voir cette image]
The VBull DBM came engraved with my name. I asked Ed not to anodize it. He bead blasted it so that when I DuraCoat the whole rifle, it will have a good surface to adhere to.

[Vous devez être inscrit et connecté pour voir cette image]
The trigger guard is generous in size. I think it has nice lines and does not detract from the appearance of the rifle. The black metal on the inside of the trigger guard at the front of the guard is part of the the mag release mechanism. You can actually grasp the mag and pinch this lever and it will release the mag into your hand.

[Vous devez être inscrit et connecté pour voir cette image]
The screw pin in my fingers serves two purposes. It screws into the bottom of the mag release lever and allows more leverage to release the mag. It also screws into the small threaded hole (that you can see) at the front of the trigger guard and when in that position it locks the mag release lever in place. This effectively allows you to lock a mag in the action. This is a handy feature if you are running and moving with your rifle a great deal. It keeps you from snagging your release lever on your gear and inadvertently dropping your mag.

[Vous devez être inscrit et connecté pour voir cette image]
At the rear of the trigger guard is another threaded hole to place a spare screw pin. The DBM system comes with two pins and a spare set of springs and fittings for the system.

[Vous devez être inscrit et connecté pour voir cette image]
I fired two brands of ammo through the 24" Benchmark stainless barrel. Best groups were achieved with HSM's 123gr Scenar ammo. I also fired Black Hills 139gr Scenar. The Black Hills was disappointing and yielded 3.25 to 3.5 moa groups at 100 yrds. Interestingly, I had the same results with the BH ammo out of my GAP 260. However, after about 150 rounds were fired through the GAP the barrel (Bartlein) seemed to settle down and now the rifle shoots the BH in the .5 to .6 moa range. I suspect the BH will do the same in this rifle.

[Vous devez être inscrit et connecté pour voir cette image]
These HSM 123gr Scenar groups were fired at 200 yrds in a 10mph wind. The shots (below the two obvious groups at the top of the target) were sighting shots to get the scope adjusted.

I cleaned the rifle thoroughly Saturday night before taking it to the range on Sunday. I used some foaming bore scrubber and let it set in the barrel for about 4 hours. I then used a nylon brush to stroke the barrel about 20 times. I then used 8 dry patches. The first 3 came out pretty dirty. Then they became progressively cleaner. The last patch had only the slightest amount of gray on it. The Benchmark cleans just as easily as my Kreiger or Bartlein.

I'm really looking forward to building some good hand loads for this rifle. Kevin sent me a test target and formula for a 142 SMK load that he shot prior to sending me the rifle. I think it's safe to say that this rifle is going to be a real shooter.

I had several of my shooting buddies shoot and handle the rifle while we were at the range. They liked the VBull DBM system. It feeds flawlessly. It's robust and well manufactured. We ran the rifle for several hours and put about 60 to 70 rounds down the tube. Not a single hickup from the DBM. However, there are a few things I might do differently. The screw pins for the mag latch are small and will invariable get lost! I would drill a small hole in the knurled end of the screw pin to allow a small wire ring to be attached (by the way, Ed contacted me this morning and said that he is correcting this and adding the hole to the pins). A lanyard of para-cord could then be threaded through the ring and attached to your key chain or a stock pack. I would also include as many as 4 pins with the purchase of the DBM system. I would also consider making the head of the knurled screw slightly larger. One of my friends (who has large fingers) complained that the head of the knureld pin was a bit small, and difficult to get a good grip on when snugged into the mag latch. Out side of those minor improvements I have no complaints what so ever.

I have a team match coming up in September, and I may well run this rifle for the match. It will be a toss up between the Savage and my GAP. Both rifles shoot really well. I think the match would be a good proving ground for the VBull DBM system. Frankly, I don't think the VBull DBM will disappoint. But a match is a great opportunity to show just how well it will perform. 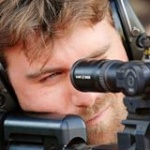 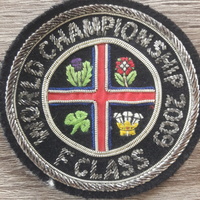 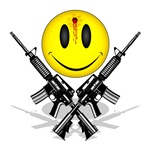