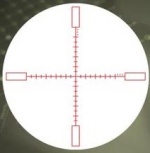 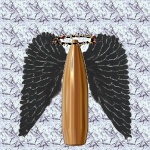 The topic of cleaning suppressors comes up often and it is a very multifaceted topic.

With regards to endurance and fouling, what we have more often seen is that the effectiveness ( flash, sound and in some rarer cases accuracy ) is starting to be affected more, than what the actual erosion or wear is Ie. more dirty than worn to a point than a suppressor cannot be used.

Estimated increase in weight is 1 gram per 100 rounds from several tests done here, so potentially the suppressor weight is c. 60-80 grams if fired for 6000-8000 rounds without any cleaning.

But this is just an average/example figure, it does appear from some of our more recent .300 BLK specific use and testing that the cartridges burn quite clean. Example pictures attached of one of our SL8i-BL .300 BLK suppressors that has several hundreds of rounds through it already ( both super and sub sonic )

Note first baffle cleanliness between new and used, definitely the least accumulation we have seen starting to gather.

So far the most effective cleaning method has been ultra sonic washing, smart to perhaps starting to do it between for example 1000 – 3000 round intervals, to remove hopefully all or most of the fouling put in that round count. But, a customer can also see check themselves on how the weight is accumulating for their particular system, as we cannot know all calibre, ammunition type etc. combinations and how they affect this.

A simple way is just to weigh the suppressor on a small digital scale to see how the weight is accumulating. Maybe they want to clean more frequently than other users, maybe their cleaning period can be longer. Or maybe they don’t want to clean at all if the rifle gets fired for example a maximum of some hundreds of rounds a year.

- For the average hunter, there is really not much need to clean it

- If you have fired some hundreds of rounds, does the suppressor come apart easily. If you would happen to break it, who pays for it?

- If you have been able to take it apart and clean it, does it go back to together easily and does it still provide good alignment on the muzzle

- We also supply some of the same suppressor bodies to MIL/LE use, where practically all quality suppressors have a fully welded design.

Fouling can sometimes affect the accuracy, if the rounds / load are quite dirty and fouling gathers on the edges of the bullet channel.

This can be easily brushed clean or in absolute worst cases drilled with the right size drill bit.

Picture attached of a cutaway suppressor from the same testing batch, with c. 13500 rounds of of M193 ball through it. This suppressor was also fouled up perhaps more as the rate of fire in the test cycle was quite demanding, when compared to lets say more regular type of use. Barrel length was 16” in this case.

Note that this particular suppressor is not dirty at all in the bullet channel edges and the customer reported still very good accuracy, but the issue was the weight increase and effect on sound/flash performance.

So to sum up, there is a lot variables involved but the customers can be sure of the actual product quality in our case.