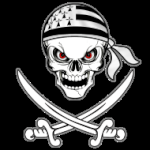 When it comes to the reporting of the U.K. Daily Mail, you can rest assured that at least 50-percent of what the tabloid claims in a story will be somewhere between inaccurateand flat-out wrong. That doesn’t mean that they don’t occasionally stumble across a stunning fact every once in a while, such as the revelation yesterday that a veteran British Marine sniper killed 90 Taliban fighters hiding in a stronghold in 2010 in a single day:

He always saw the men between the cross hairs as humans, not targets. He is not interested in kill counts.

‘He has not struggled emotionally or psychologically with what has happened. He must be the most lethal sniper in the world.’

The Marine, who has served for more than a decade, returned to Afghanistan in 2010 during Operation Herrick XIII. The Ministry of Defence last night confirmed that the Marine had killed 90 Taliban in just one day.

He has completed more than five tours, from Northern Ireland to Afghanistan and Iraq – but not all as a sniper. The role of the Bridge Reconnaissance Force in Afghanistan was to surge through designated areas hunting the Taliban up and down the Helmand River.

This is a stunning feature of miltary prowess (and enemy stupidity, for that matter), but the article goes off the rails when it attempts to claim that the Marine was the “world’s deadliest” sniper with 173 confirmed kills.

While that is greater than the confirmed kill totals of American military snipers, it doesn’t come close to touching the records of the most deadly snipers in military history, and quite likely doesn’t make the “top 50″ all-tie, despite the Daily Mail claim to the contrary.

The Soviet Union had incredible sniper cadres in World War II, and had dozens of snipers with more than 200 kills, and quite a few in the high 400s.  Vasily Zaytsev, made famous in the movie “Enemy at the Gates,” was just a mid-grade Soviet sniper, with “only” 242 kills.

The all time deadliest sniper is believed to be a man simply known as “White Death.”

In the Winter War between Finland and the Soviet Union in the winter of 1939-40, 5’3″ Finnish sniper Simo Häyhä racked up 505 confirmed sniper kills using an Mosin Nagant with iron sights in just 100 days of fighting during the Battle of Kollaa, with 25 kills being his highest single-day total. He is said to have killed an additional 200 Soviet soldiers with a Suomi KP/-31 submachine gun before a shot to the head put him in the hospital for the rest of the war.

The British Marine sniper’s tally isn’t even the highest tally in Commonwealth countries. World War I Native Canadian scout and sniper Francis Pegahmagabow was credited with 378 kills, and he reportedly captured 300 more Germans in forays behind the lines.

All that allowed, no other sniper in world history appears to have come close the this British Marine’s single-day tally of 90 Taliban terrorists killed in action. 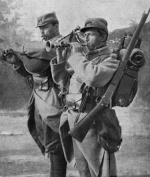